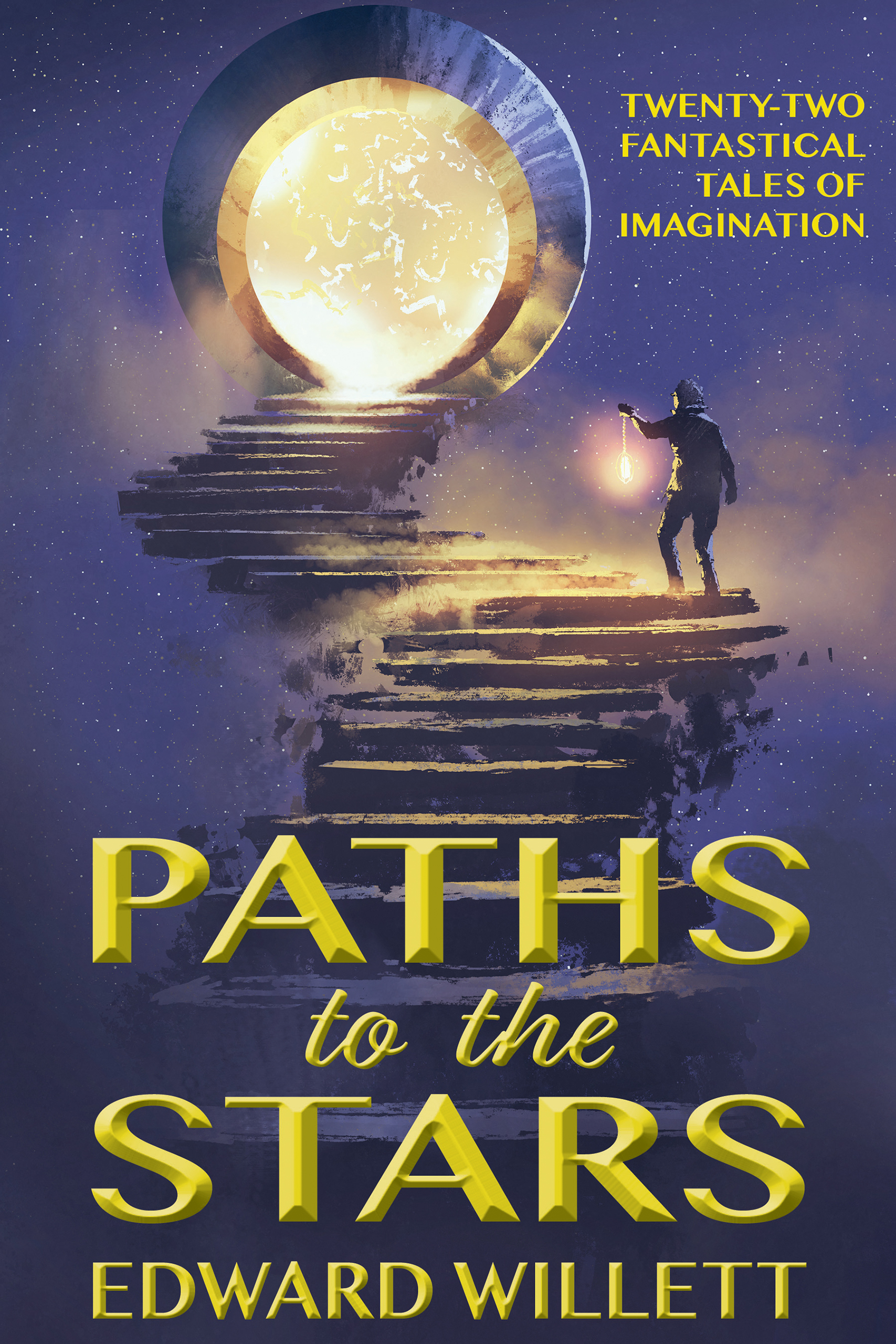 Paths to the Stars: Twenty-Two Fantastic Tales of Imagination

Two words: “programmable afterlife." Need I say more? (Apparently I do: here are 3,500 words inspired by that phrase.)

This is another early story, my second (after "The Minstrel") to be published in JAM Magazine. All of my early stories were aimed at teen readers, because I was barely out of that age group myself!

Granny Noggin's kitchen is the best place in the world to be. You'd like to stay there forever...

A very early story, written when I was a 19-year-old student at Harding University in Searcy, Arkansas. It won (or at least placed in—I can’t quite remember anymore) the annual creative writing contest. I was nineteen.

Sins of the Father

Robert J. Sawyer, in a science-fiction writing class I took at the Banff Centre, had us write, in five minutes, the opening to a story one morning. Those few lines became this short story, which in turn became Marseguro, my second novel for DAW Books, winner of Canada's top science-fiction award, the Aurora, for Best Long-Form Work in English in 2009.

The Path of Souls

For several years, Globe Theatre, here in Regina, ran an event called Lanterns on the Lake, during which people paraded around Wascana Lake, in the heart of the city, carrying paper lanterns of every colour, size, and shape. The visual effect was ethereal and otherworldly...and inspired this story, published in Tesseracts Seventeen: Speculating Canada from Coast to Coast to Coast, edited by Colleen Anderson and Steve Vernon.

This story's central image, of a youngster gazing longingly at the silver spires of starships, aching to ride them into space, is a metaphor for the way I reacted to science fiction as a young reader.

An artist gets more than he bargained for when he uses nanotechnology to create his artwork. After all, why does "grey goo" have to be grey?

This story, which was published in the Spring 2012 issue of On Spec, you have to blame on my friend Robert Ursan, brilliant composer, amazing accompanist, musical-theatre director par excellence, and very funny man. He occasionally refers to The Sound of Music as The Sound of Mucus. And for some reason I thought, “The Squill are alive with the sound of mucus”...and this story was born.

This story was inspired by my years as a weekly newspaper reporter/editor. Every spring, people would bring in funny-looking vegetables: tomatoes with noses, that kind of thing. We’d photograph them and run them as a photo feature which, one year, I titled “Strange Harvest”—a headline I liked so much, I wrote this story.